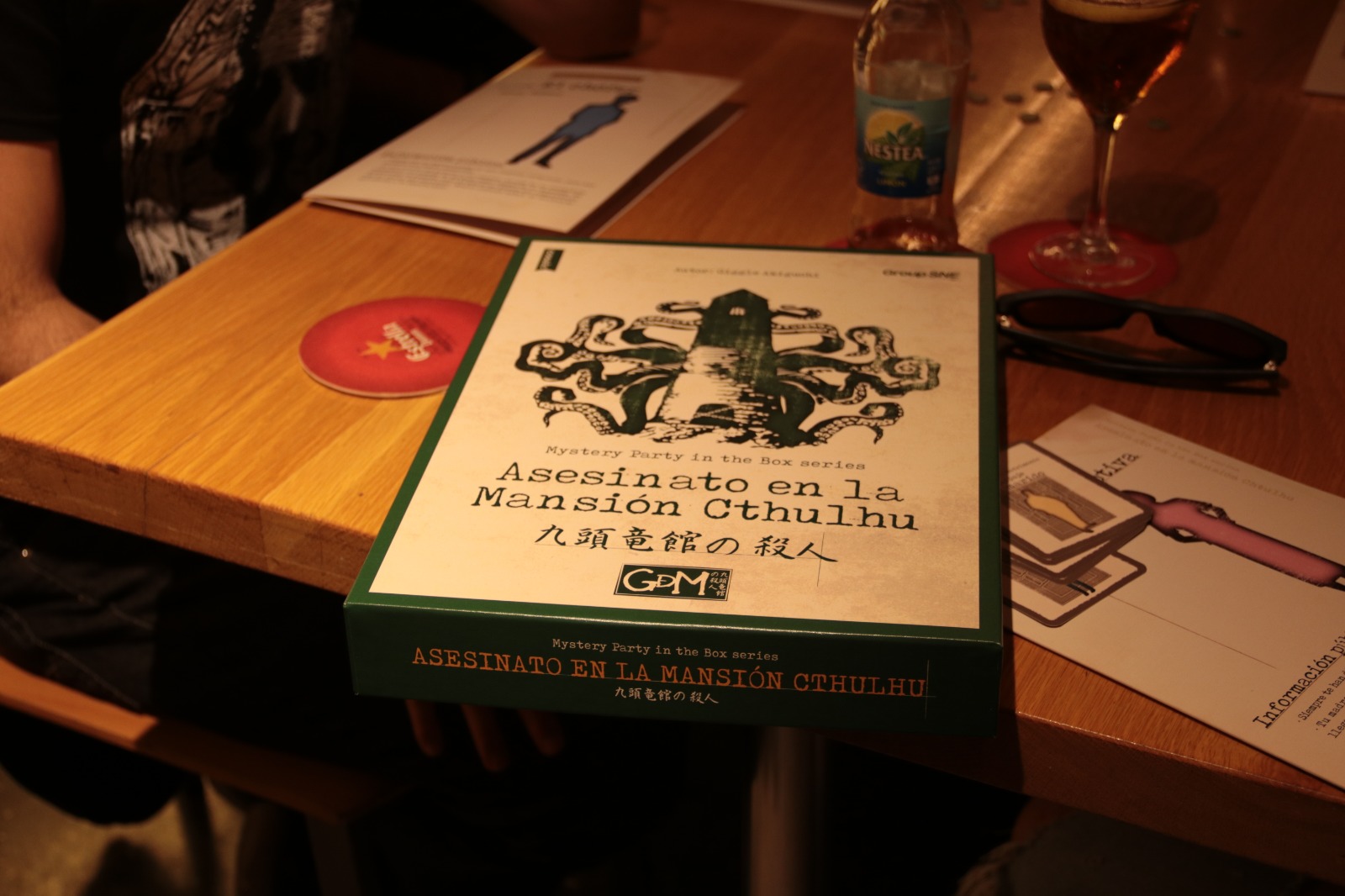 Surely on more than one occasion you have wondered what it would be like to get into the shoes of an investigator in the purest Sherlock Holmes style. In this post we will talk about some games with which you can test your deduction skills to solve a crime.

We started with one of the games that has surprised us the most, to the point that we are already thinking about how to adapt it and create our own events.

This game that is defined as a Mystery Party is a unique experience that we especially recommend for 9 players. Why? Simply because the game is specially designed for this number of players and we think that it is the best way to squeeze the experience.

Let’s put ourselves in context: the medium has been murdered and the nine people in the mansion are suspects. Each character will have a brief public description and a story full of secrets that we cannot share except if it suits us. The main objective of the game is to find the murderer of the medium. However, players will have different goals that will make cooperation possible or not between them. We have a notebook with all the explanation of the character and some cards that we can acquire throughout the game to obtain certain information about the other characters.

As we pointed out at the beginning, it is a Mystery Party so getting into the role of the character (the Lord, the Painter, The Professor, etc.) can add a plus to the game. In the two games that we have played, the players have wanted to interpret a little and it has been an unforgettable experience. Can you imagine if, in addition to interpreting, we dressed for the occasion? It would be great.

If you want to read an opinion of a gamer, visit this post by @notgretawhodis

Some very different proposals are these two games that have been published recently, June 2021, by Zacatrus. Like its predecessor, Diaspora, it drinks from the same mechanics: a story told through the different cards that we get as we solve puzzles and riddles (super varied and some can even be a good challenge).

One of the most interesting points of this game is its alliance with new technologies or, what is the same: email will help us to solve the mysteries. Forget about playing if you do not have an internet connection in a rural house.

Finally, we want to highlight its price. For only € 6 with shipping included you have them at home if you buy them on the Zacatrus website. Impossible to resist, right?

Unlike The Murder at Cthulhu Manor, it does not require a large number of players. Rather the opposite: fewer players better, you can even try it yourself in the purest Lone Ranger style.

If before we told you that the GdM Games game had surprised us, the Hidden Games game has also surprised us the same or more. We got it by pure chance, being a gift of a gift, imported from German lands (although it is the Spanish version)

In this case, we find an envelope full of papers, photographs, maps, fingerprints, fingerprints and a giant poster in which to take notes on the suspects as if we were real policemen.

One of the aspects that has caught our attention the most has been how well built the game is, not only due to the fact that there is a lot of evidence about the murder and the characters that surround it, but there are also certain elements with the ones that we can truly interact with and that we really seem to find ourselves investigating.

Where to play board games in Barcelona?