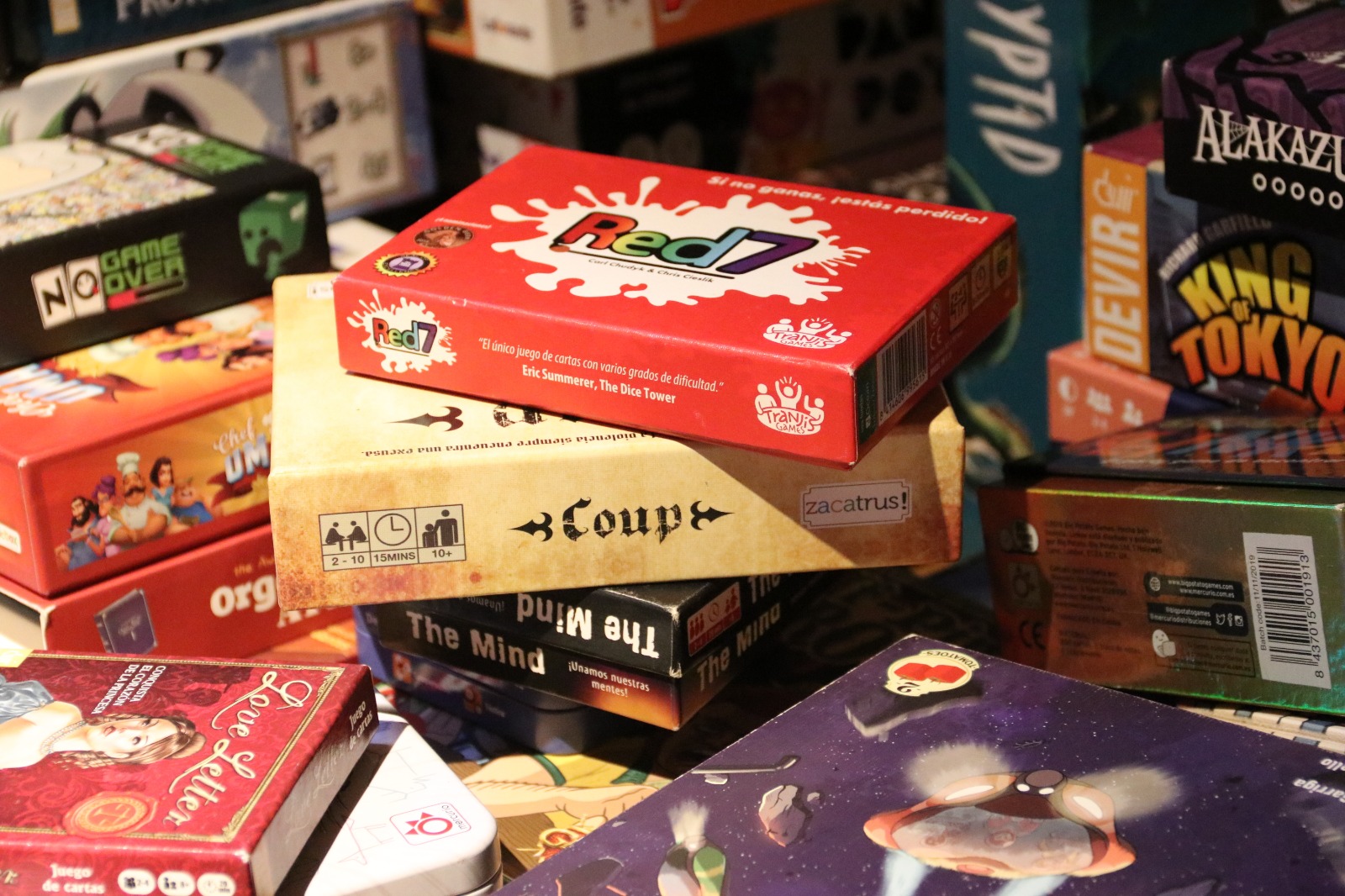 One of the biggest challenges we usually have when a lot of people come to our parties is to seat them at the table quickly so they don’t have to wait to start playing. In this article we will talk about some games that work very well in these situations. Keep in mind that this is not a top game, but rather some games that have been released recently and have made us turn on the light bulb to write this post.

We start with this game because in the last post we asked you if you are the best detective?

Here you can find a hidden role game for up to 12 players in which we will have to find out who is the murderer. Luckily we have the forensic scientist who, after investigating thoroughly, knows what are the evidences to take into account to solve the murder. The assassin and his accomplice will make it difficult for the rest of the investigators trying to deceive, persuade and convince that it is others who have committed the crime. Fortunately, the scientist has some tables with different information that he can use to guide the investigation.

We have tested it with various numbers of players and we have to say that it is most enjoyable with 8/10 players, as all the roles are present and without overloading the table with too much evidence. At 12 players there will be a lot of noise and it will seem like a henhouse where it will be too difficult to get it right.

It should be noted that the game has a version with events that gives a little more excitement to the games. If you like the classic Cluedo, get it.

Continuing with investigation games (maybe we should have titled this article as “Are you the best detective Part II?”).

Now we are talking about a super interesting proposal that introduces an intelligent deck system. Or what is the same thing: with the same deck, properly ordered, we will have different games. Or in this game, different cases.

Let’s place ourselves: a crime, a mansion, several suspects. Our mission is to find the assassin and all the evidence he has used to commit the crime. To do this we will use cards with information that we will exchange with the other players.

It is one of the games that we liked the most, it was one of the first games that Pau added to his collection, for its simplicity and sensation of intrigue that the game generates.

Although at the beginning it seems that you are a little lost and do not advance in your investigation, as you get cards you will see how everything makes sense and finally you will tie up all the loose ends.

If you have already tried it, a new game with the same mechanics, Scandaloh, will be released soon. We were lucky enough to try it with Karen and Àlex. We leave you a review on Karen’s Instagram account.

After having organized the Coup online tournament. Our #kleffers have been itching to play it again.

We are facing a hidden role game, with a medieval setting, in which we have to impersonate one of the different roles of the game. In our turn we will do the action of one of them and we will obtain, or not, coins that we will need to coup (eliminate a player). If we do not trust a player, we can challenge him to verify if he has that character card. If he does not have it, he will lose one of his two cards and will be closer to being eliminated. If, on the contrary, it was true, we will be the ones who are eliminated.

We highly recommend it as an introductory game since the games are quick and easy to understand. In addition, up to 10 players can play with the expansion “Reformation” in this version edited and published by Zacatrus!

Pistas Cruzadas is a proposal that unites these two options. If you know Código Secreto (Codenames) you are surely already familiar with the games in which we have a Game Master who will give us clues to find the word he wants us to point out. Unlike the Devir game, Código Secreto, there are not two teams but all players will play in the same team and try to match the same number of words in the maximum time set with an hourglass. Indeed, the time factor is one of the keys that make this frantic game work so well in large groups. Pistas Cruzadas is fast and makes it easy to get hooked on the game and it is not a problem to join in once you have already started playing.

One of the most appealing aspects of PanaPo’o are the extravagant colorful shapes. With them we must create the object / character / animal / etc. that the card proposes. Although the cards are in Spanish, we can say that the language dependence is relative and it is a great option to practice languages and vocabulary. Undoubtedly, we are going to bring it to the table a lot to break the ice with the clueless who come to exchange languages and find themselves with a game night.

What other games do you know of for large groups?