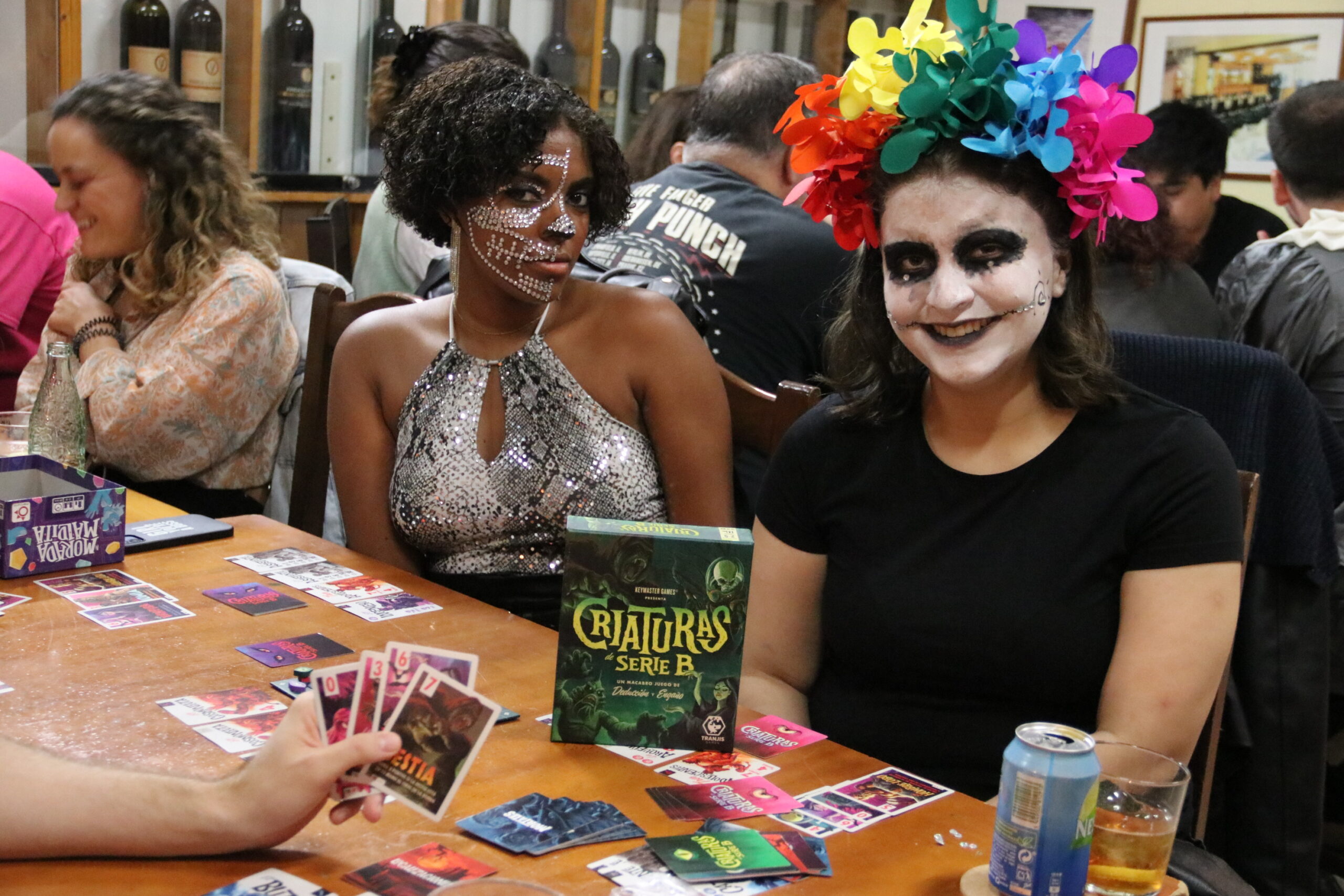 How are you? It’s been a while since we’ve been here and it was about time, right? They say that better late than never, so we are going to do a brief chronicle of what gave of itself one of the game nights that makes us celebrate the most: Halloween!

It is the third time that we have organized a night of board games on Halloween, but this year 2022 has been the first time that we have done it much more themed, that is, playing Halloween-themed games. The organization of the game night began with the creation of a WhatsApp group where some #kleffers helped us define what Halloween board game night should be like. We all came to the conclusion that it was important that the games were themed and that we would have to try to get a lot of people to come in costumes. We got to work and contacted some publishers. The response was spectacular and many publishers gave us many games. Below we leave you an image of some of the games we already had in our toy library along with the news that they sent us.

The call was a resounding success and more than 120 people came, many of them in costume. In this way, we were able to play different games such as:

At every table there was a person in charge who had learned to play several of the games we had in the special collection so that it was this person who proposed games to play during the evening and that his group was super entertained.

Another of the activities proposed for this special game night was a Murder Mystery Party. Or what is the same, a game where players are assigned certain roles and they have to achieve their personal goals and a common one, which is none other than to find out who the murderer is. On this occasion, we made a game set in Japan, where an epidemic that turns people into zombies has been unleashed. There are several proposals, with different settings and difficulty levels, it is highly recommended that you take a look at the proposals of the publisher “Guerra de Mitos”.

As the night progressed, people wanted to show off their costumes so we started the terrifying costume contest. We were surprised by the level of the proposals of the participating people. We leave you some images of the people dressed up. What is your favorite costume?