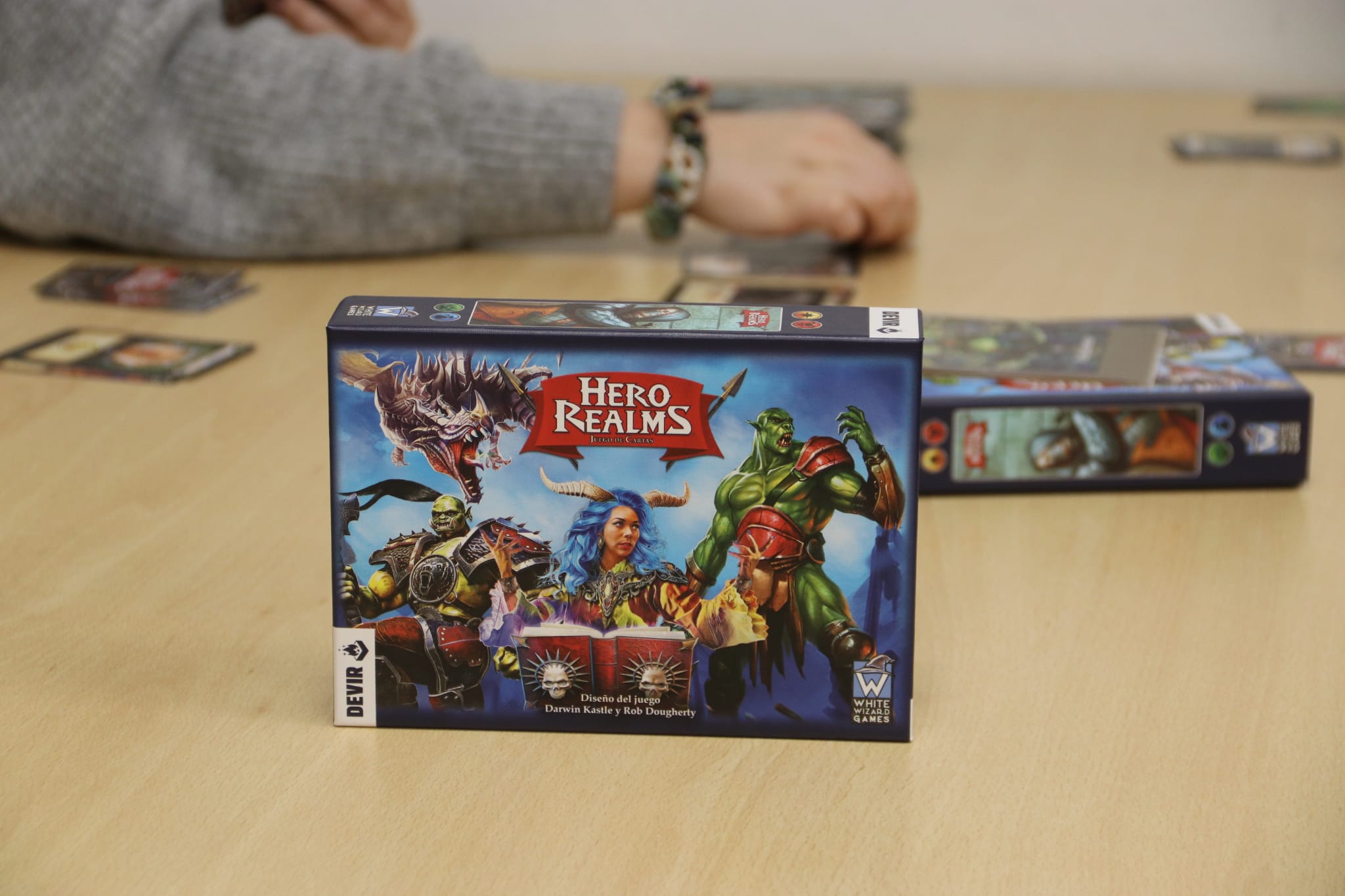 We start the week with the first part of the chronicle of the Hero Realms tournament, published in Spain by Devir Iberia, a deckbuilding in which we become heroes ready to recruit the best champions of the region to take control of Thandar’s wealth. We held the tournament in one of the most illustrious locations of the Triángulo Friki of Barcelona, Jupiter Juegos Barcelona!

Last Monday 7th March 2022, at 18:30h, we organized the first Hero Realms tournament oriented both to players who knew and players who didn’t know it and that, with the perfect excuse to participate in a tournament, they could try it and fall in love with this game! While Pau finished receiving the people who signed up and organized the challenges, Manel from Jupiter Juegos gave an excellent demonstration of the game so that everyone knew the basic concepts and faced the tournament with the possibility of winning at least one game…

Hero Realms is an excellent option if we want to start in the world of deckbuilding without going to other more complex ones. The first games are usually slower, but as you get the hang of the mechanics and get to know the factions you will see how easy it is to play.

The tables were full and we were joined by some illustrious content creators like Karen (@notgretawhodis), Àlex (@jugadorinicial) or Mariona (@burnthefestival / @atravesdeldado).

Initially we had planned to do four rounds but we ran out of time and shortened it to three rounds. Each round had different winners, with all players except one (yes, you know who you are ;-] ) being able to win at least one game.

In the last game there were two epic showdowns with players tied on point that would determine the final standings. We had to roll the dice as three people were tied. Random worked its magic and one person was selected as the winner and was able to choose his reward.

Hero Realms is a game that is very enjoyable whether you are an experienced player or not. Proof of this was that the people who learned how to play on the spot, won games and did a good ranking.

We finished the tournament wanting more. Words from one of the people who came: “I loved playing my favorite game, in my favorite store, when is the next edition?”

How have we adapted to the virtual world during the quarantine?