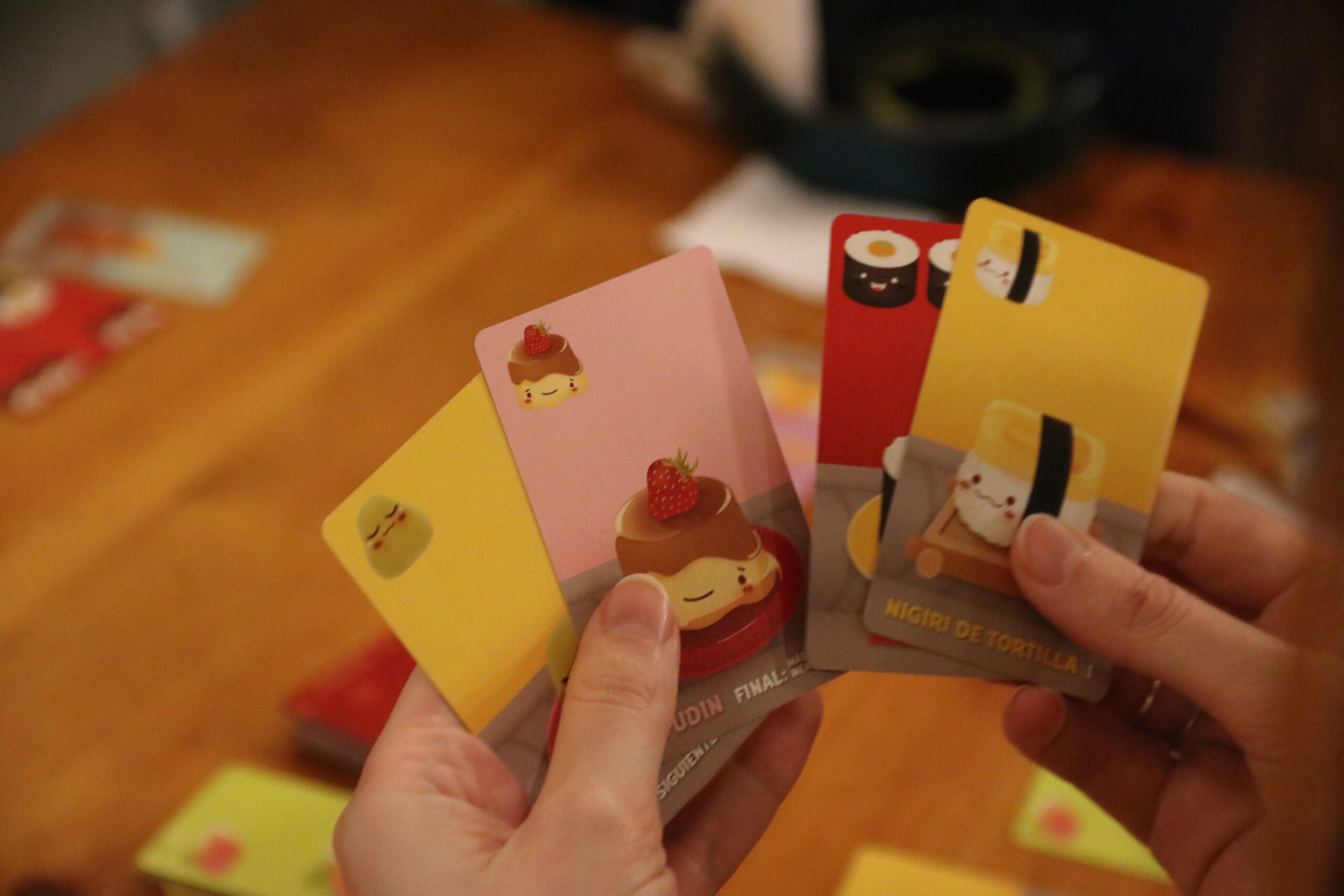 If you have known us for a long time you probably participated in one of our online tournaments that we did during the most restrictive season of the pandemic.

Although the number was scary and the start of the inscriptions was a bit timid, we managed a couple of days before the game night to gather the participants we had planned. The prizes were quite tempting, 5 games for the 5 best classified to choose from among the following: “Sushi Go Party“, “Sushi Go”, “Plenus” and two of the latest releases from Devir: “¿Alcachofas? ¡No, gracias!” and “Soviet Kitchen“.

The tournament started, as it could not be otherwise, by going over the rules of the game. Many of the participants joined in, attracted by the mix of the competitive spirit of a tournament and by the prizes that were as appetizing as if they were a good portion of sushi. Sushi Go! is a very simple draft game in which we have to collect sets to score in different ways in order to get the most points.

As you know, in the KLEFF community there are members from many countries and we use languages such as Catalan, Spanish and English interchangeably. For this reason, before starting the tournament, we explained the rules in both Spanish and English in record time. Can you imagine repeating the same thing twice in different languages and not understanding one of them? Boring, isn’t it? Luckily André brought a bit of comedy to the staging. Despite this, the more novice players had some doubts that we were able to solve on the spot quickly.

The tournament went smoothly, we followed the Swiss system, that is, three games with random opponents so that everyone had the same chances to win the final victory. Perhaps the transition between the first game and the second game could have been faster but we had so many people together. We note that for the next tournament is a task to improve.

At the end of the three games we had only one clear winner (four participants with the same points), so we had to organize a fourth final game to make a final ranking and that each of the top 5 players could choose their prize. We were surprised that the first player won the Sushi Go Party game and the novelties were left for the end. Maybe they are not well known enough? We will tell you about them shortly and you will be able to see how they are two titles that are very worthwhile.

Are you the best hero in the world? Prove it in the tournament!

How have we adapted to the virtual world during the quarantine?