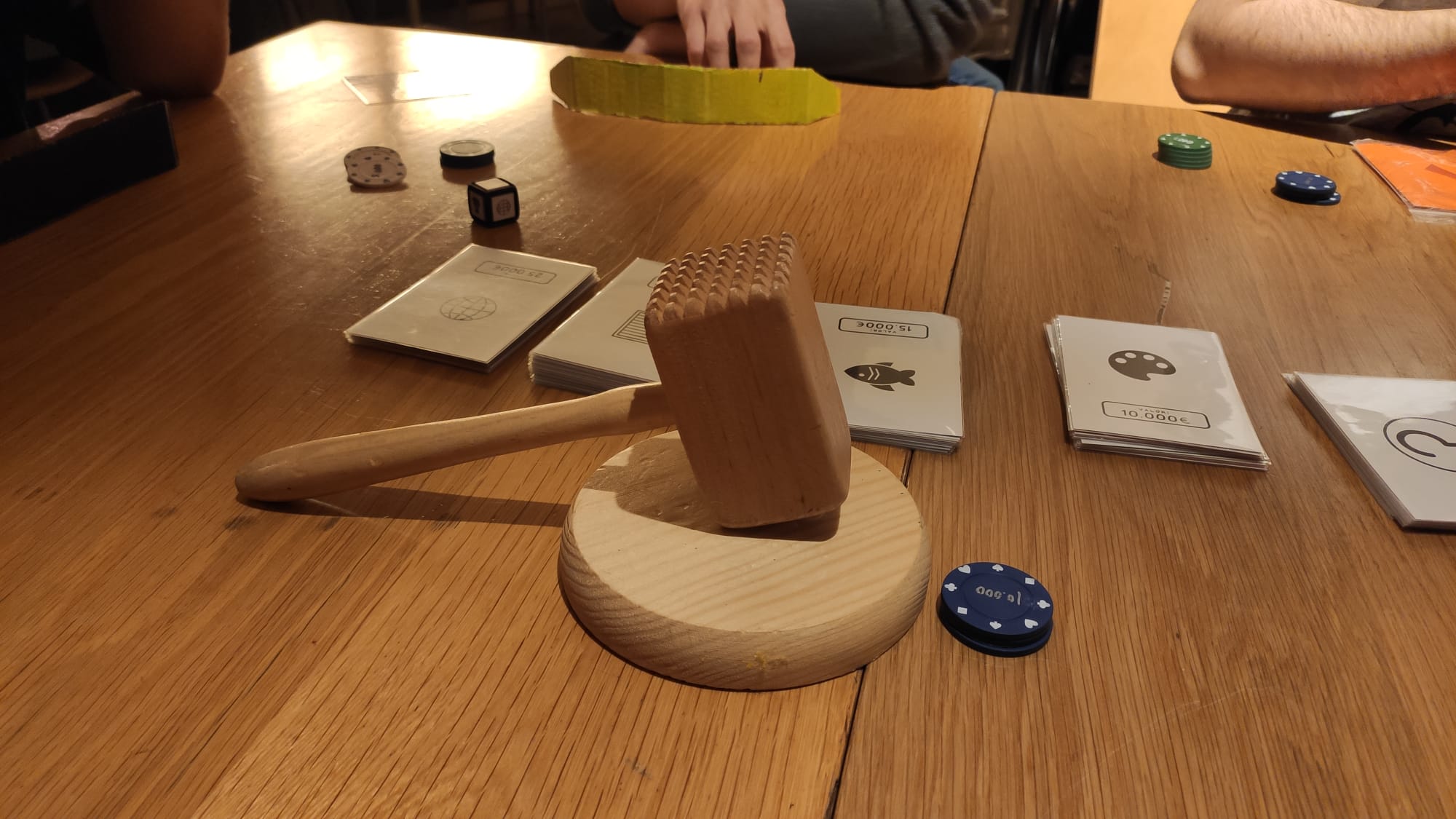 One of the premises that we have set ourselves at KLEFF from the beginning is to support board games’ creators. Also to publishers that are launching new releases to the market.

Although this year we have not been able to go to DAU, we were able to do it last year and it was a very positive experience. We met a lot of interesting people, we tried the new games that some publishers presented and we tested many board games’ prototypes. Every year the “Protogames Verkami DAU Barcelona“, which is a contest where authors can present their games in development with the aim of making their initiatives known to the general public, qualify for a financial prize and participate in a free Verkami campaign with the support of a publisher and distributor.

We love having been part of the development of some games that have become essential in our toy library, such as ZOOM IN BARCELONA (Cucafera games), that is why we periodically invite game authors to get real feedback from our international community of board game fans. One of the games that surprised us the most was “AUCTION” from Ori Board Games, an interesting auction game in which we will have to get hold of the rarest (and funniest) objects.

Verkami is a crowdfunding platform that we like a lot as it allows us to participate in innovative projects with interesting rewards. We have participated in several campaigns such as Bizarre Bid, Trending Kittens / Bombardum and Rainbow Elf, Dragon Trail Passport, Climbing Wall and Petris, Fruits and Kapadokya or Longboat, among others and it is always a good opportunity to get closer to new authors and get to know first-hand the board game production process.

Another game that we met last September and that had already passed the development period was “LA TAJA”, a fun card game in which we have to get the best drinks to get the most points. It was successfully crowdfunded on Verkami. You can learn more and buy it here.

Have you ever participated in a patronage campaign (Verkami or Kickstarter) or tested a prototype?

We have been featured in 2d6 Magazine!

5 Beach / Pool-friendly Board Games you need to know