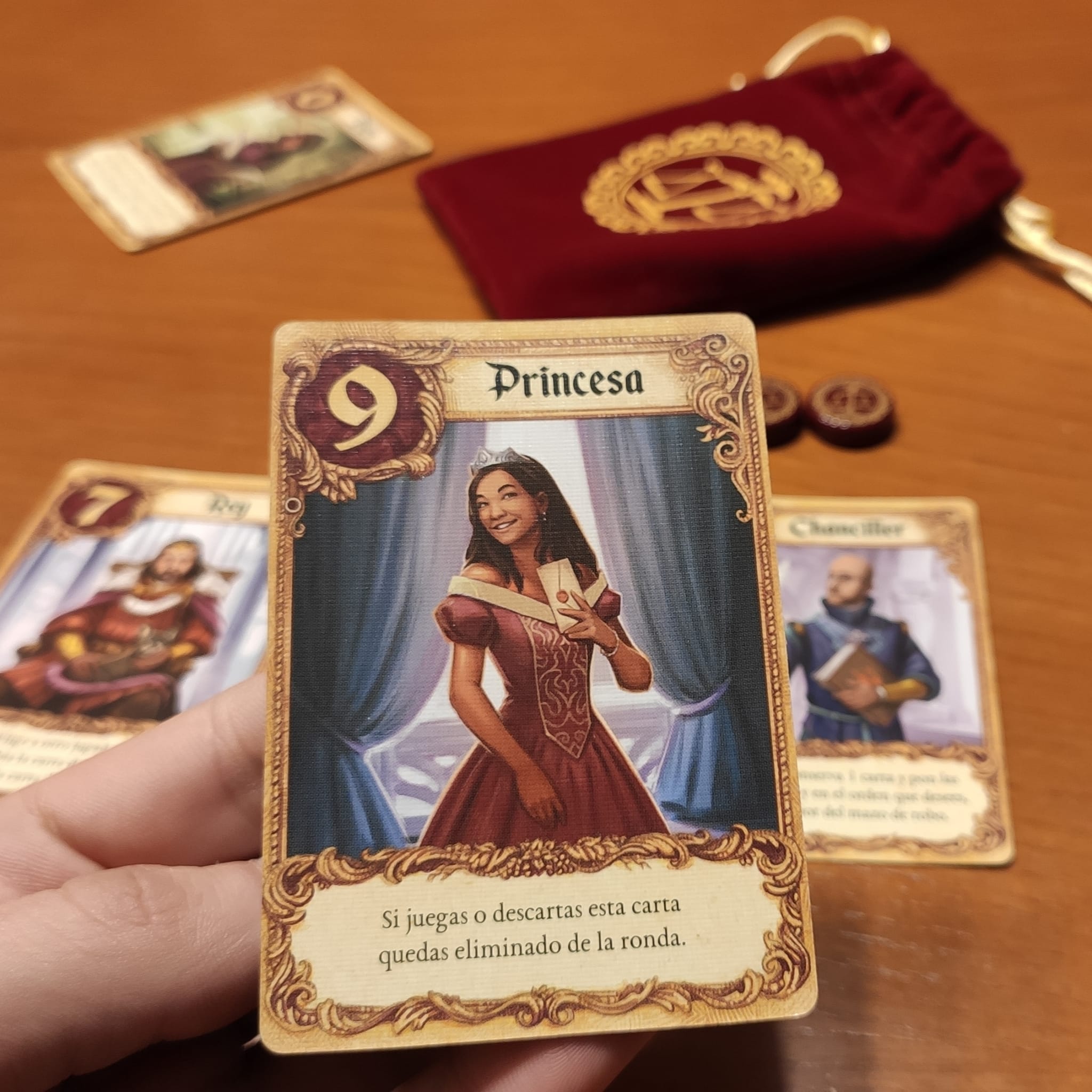 We have to admit that until November 2020 we had not tried the game “LOVE LETTER“. It was just during the Halloween holidays when we played the first game of this game, the 4-player version published by Devir.

If you don’t know it yet, let us explain what it is about: it is a hidden role game with very few cards (less than 30) in which we only have one card in our hand. This card is one of the characters with a special action, in our turn we will draw a card and we will play doing the action of the character. The objective of the game is to have the card with the highest number when all the cards have been drawn (the Princess is always the highest!).

As we told you, our online tournaments are back! Next Wednesday, March 24, 2021, at 19h, we will organize an online tournament of this game. If you haven’t played it yet, practice on Tabletopia (the game is free) and you can win a physical copy of the game.

Here you can find all the information about the tournament and the registration link.

Board games in COVID-19 times