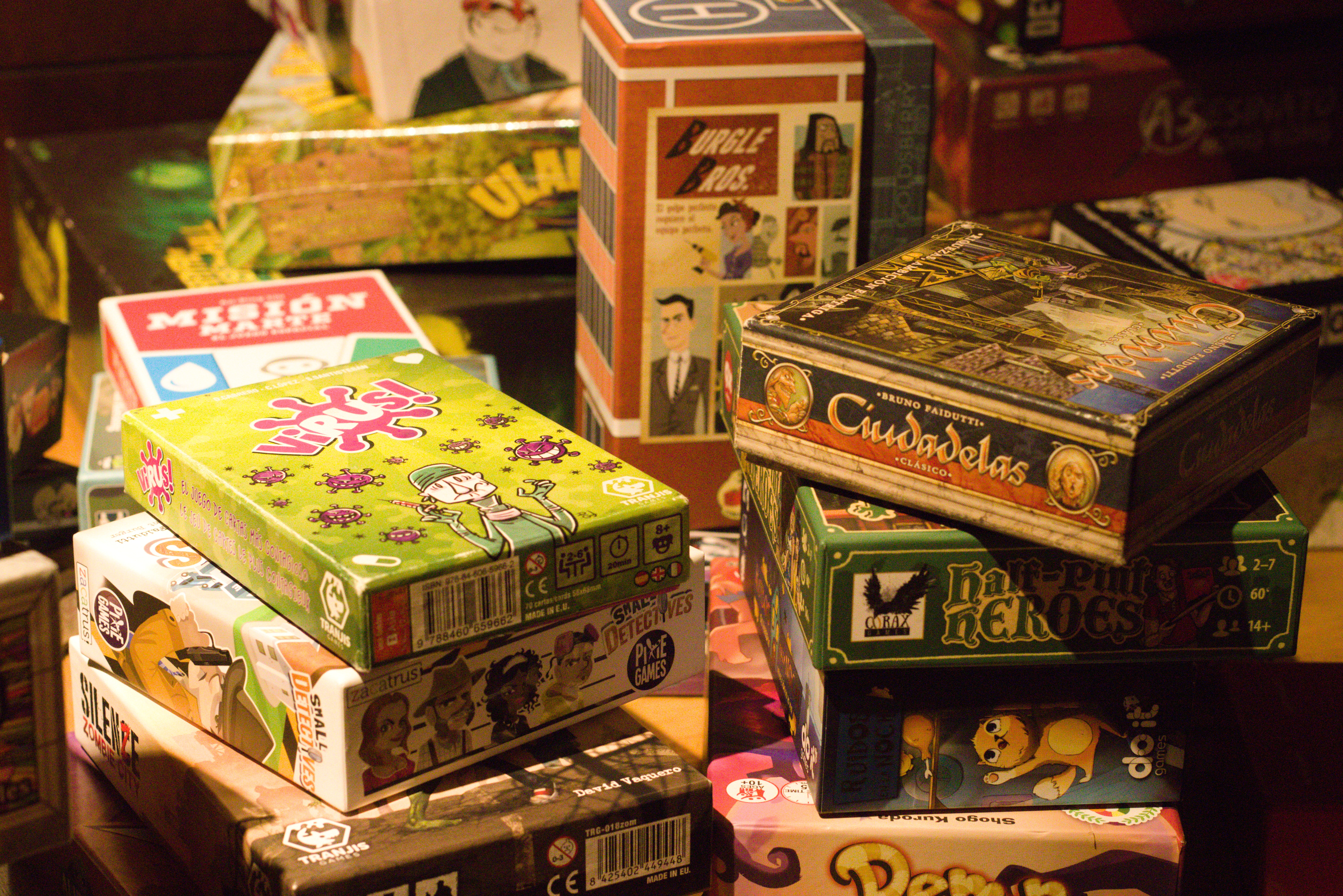 Expanding the toy library can be a complicated task. Periodically the publishers of board games publish news, either from national authors or imported from other countries. In this article we analyze some factors to take into account when making a new acquisition.

There are games that are specially designed for playing with many players, the so-called Party Games, while there are others that only work with 3 or 4 players at most. There are also exclusive games to play in pairs or even solo games.

The number of players is a factor that must be taken into account without doubt because it will influence the momentum in which this game will see table.

If your group of friends with whom you play board games is very convenient to choose games that support 6 to 10 players since you can play simultaneously. Usually, this type of games are usually hidden roles: as Secret Hitler, Werewolves or Time Bomb: Evolution; of deduction as Imagine, Secret Code or Concept; of word games as Just One or Time’s Up or; of mimicry as Monkidú or El Maestro.

For smaller groups, when choosing a game it is convenient to take into account other factors such as mechanics or difficulty level. If there are only two of you, maybe you should read our playing as a couple post.

Do you know what the mechanics of board games are or does it not sound familiar?  Although there are many mechanics, we are only going to mention the most frequent ones (or the ones we like the most :-] hehe).

One factor that may be relevant is the dependence of the game on the language. KLEFF members, for example, are international young people who speak different languages. Can you imagine trying to play a board game where there is a lot of text and only some of the players are able to understand it?

Before making a purchase it is very useful to visit the game card in BGG, where the language dependency is indicated. They classify the games with the following criteria:

These are the criteria that seem most important to us when choosing a game. We can not forget two other criteria to take into account such as price or difficulty but we have considered that the price should never be a problem if you buy it convinced and the difficulty of the game is very relative, depending on whether you have less or more experience playing.

What other circumstances would you take into account to choose a game or another? An excellent option is to come to our weekly game night and try a game before buying it.